At 9 a.m. sharp on the 3rd of March 2022, the participants gathered for the Intra-college Dodgeball competition at the grounds of Sardar Patel Institute of Technology. Overall, 16 teams participated from all the branches. Each team was represented by a captain selected by that particular team. As per the rules of the game, every team needed at least 2 girl players in the team.

The players were asked to follow certain rules for the game such as the defender would be eliminated only if the ball touches below the waist with a maximum 1 bounce on the ground, defenders are not allowed to bend, crouch, or kneel and the most important – the decision is given by the referee will be considered as the final decision.

The tournament received a great response not only from the players but also from the crowd. With every ball hit, loud cheers were heard from the audience. After a tough competition, two deserving teams – SE Comps and FE Comps were selected for the finals wherein SE Comps were declared the winners followed by FE Comps as the runner-up team. 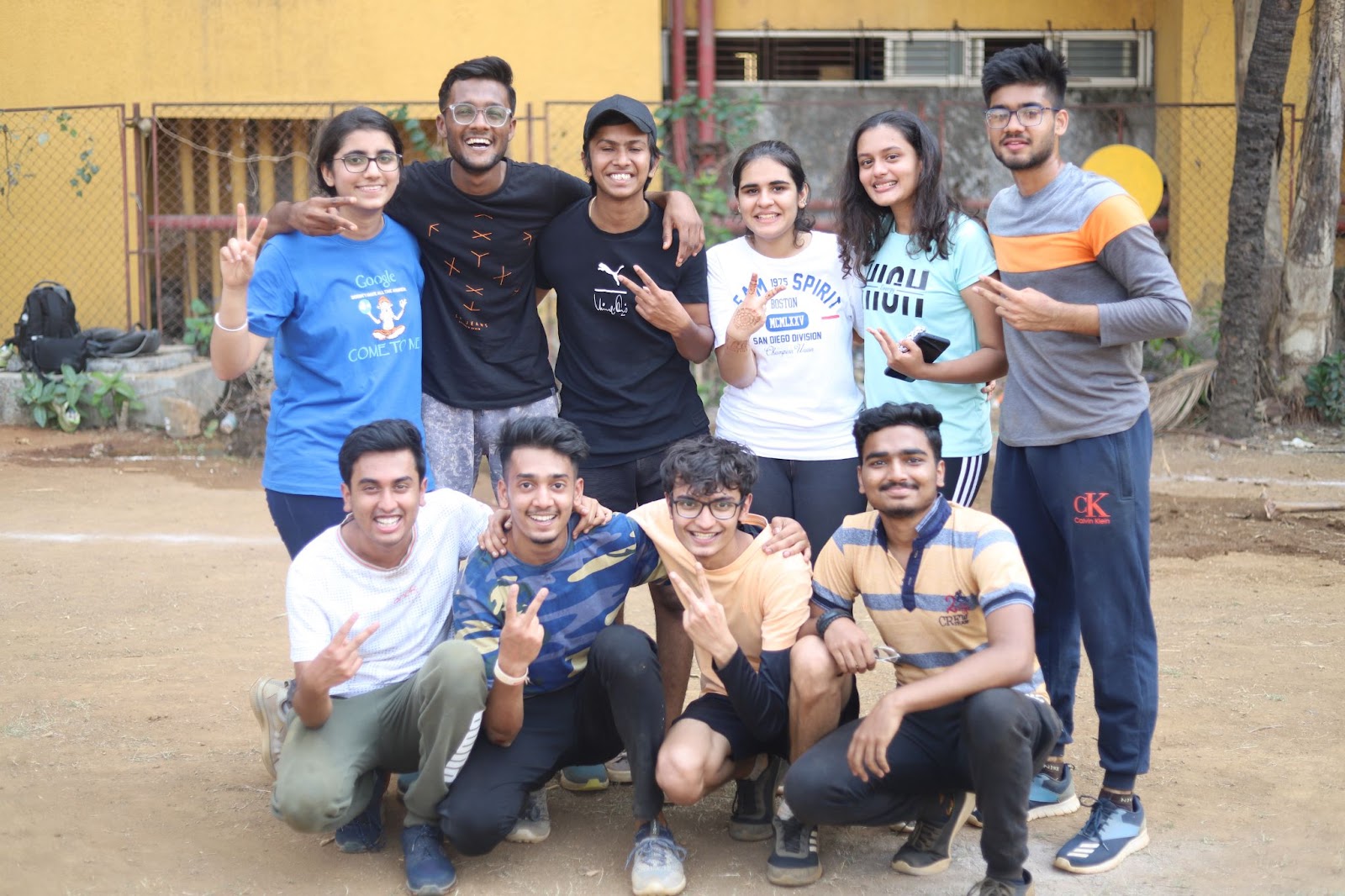 -Covered by Tisha and Dhruvi

March 2, 2022, witnessed intense battles between teams competing for the top place in Throwball organized by SPoorthi. Throwball 2022 took place on the SPCE volleyball court and saw the participation of 8 teams of six members each. The competition required that the teams consist of students from the same branch and also included two females as a must. Students right from FE to all the way to BE took part. Organizers divided the teams into three groups A, B, and C. Each team had to contest three matches within its group.

The event began at 9 AM and continued till the evening. Teams played each match for the best of 3 sets (25 points each) with a tally score. The top 4 teams qualified for the semi-final.

After a tough competition, BE COMPS and SE ETRX reached the finals. Due to time constraints, the final consisted of three sets of 15 points each. The match witnessed some great serves and throws with excellent teamwork by both teams. BE COMPS emerged as the winner of SPoorthi’s Throwball 2022.

Throwball kept the spectators entertained and hooked while the players seemed to have thoroughly enjoyed their time in the court!

-Covered by Rupali and Krushi

Kho-Kho is a traditional Indian sports game, being one of the oldest sports which is played between two teams in which nine players enter the field (Chasing Team), and three extra players (Defending Team) try to avoid being touched by members of the opposing team. The game consists of traits such as cooperation, devotion, keenness, self-esteem, speed, and quick thinking but is a highly enjoyable game. This year’s SPoorthi was a colossal success as this event was finally held after two years of the stressful pandemic. We got to see some incredible bouts and fierce competitions. A good amount of participation was seen in this event by the students of S.P.I.T.

It was day 4 of SPoorthi 2022, and all the teams were warmed up and waiting for their respective match. There were a total of 8 teams divided into 2 groups. Group A and group B contained 4 teams each. Each team had to play 3 games with their respective groupmates and the semi-finals were played between the top 2 teams from both groups. The first match was between FE(mixed) and SE (ETRX) in the presence of Tanisha Kalathil (Vice Sports Secretary), Atharva (Co-Ordinator), and Palash (Co-Ordinator). FE (mixed) won the first match with complete domination over SE(ETRX). They came as underdogs and managed to defeat one of the best kho kho teams in the college. The other matches of group B were held subsequently. Each team was all pumped up for the day; to display their skills. The matches got more and more interesting and the audience seemed more enthusiastic to cheer their teams as they approached the finals. The crowd cheered for all the brilliant players who gave their best that day, irrespective of whether they won or lost. Kudos to the two well-deserving teams of FE and SE IT who qualified for the finals and showcased a truly captivating match. The passes the team members gave were extremely well coordinated and impressive. The first two sets of the finals were cut-throat, and SE IT and FE(mixed) won the match and now own the tag of kho-kho SPoorthi winners this year.

-Covered by Sakshi and Nikita